Alessandro Collina graduated in classical piano at the La Spezia conservatory. He attended numerous stages on improvisation and enrolled in the jazz piano class at the Nice Conservatory in France. In 2006, 2007 and 2008 he is part of the quartet that accompanies Paul Jeffrey in Europe and in 2009 the band records the cd “We see” Monk tribute, in 2009 he starts collaborating with Andy Gravish and Mike Campagna, creating the 5 AM project, always in 2009 he was invited by the brothers Louis and Philippe Petrucciani to play on the tenth anniversary of the death of Michel Petrucciani, a very long tour with many stops in the best Italian festivals. Starting from 2010 he creates the On Air brand together with Marc Peillon and Rodolfo Cervetto, the Egea label produces 3 albums with different guests: Fabrizio Bosso (Michel on air – reaches position 28 in the American chart), Max Ionata (Rome to Paris) , Mattia Cigalini (Alto Monk). In 2011 he was part of Grant Stewart’s Italian quartet, since 2014 he has been playing and developing projects with Marco Vezzoso. 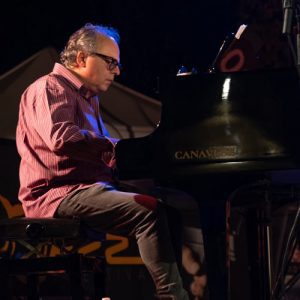